It is my honor to help you journey through these challenges to obtain clarity, healing and deep transformation. I will be live, facilitating these group meetings and getting to know each of you individually.

Focusing on your wholeness and recovery is my mission!  I bring my certification as a Holistic Wellness Coach with the International Association of Wellness Professionals, my certification in the amazing brain, body based modality of Brainspotting as well as my 20 years as a Clinical Therapist specializing in grief, loss and trauma. Most of all I bring my calling to help you heal and find meaning and purpose out of all the pain you have suffered.

Having been inspired through my own life experience, to create this niche for spiritual women of faith who have been the target of emotional abuse, makes me a woman and a professional coach who gets it. 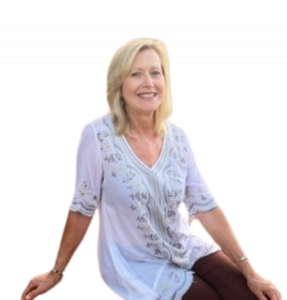 Your personality is defined by how you think, behave, and feel. A personality disorder is not simply about thinking, feeling, or behaving differently than would be expected. It is a persistent deviation from cultural expectations that causes distress and makes it difficult to function…and for another to be in a healthy relationship with them.

At its heart, a personality disorder is characterized by an unhealthy and rigid pattern of behavior that interferes with the ability to perceive or relate to situations or people, enjoy life, maintain meaningful relationships, and do well at school or work.

Personality disorders vary in individuals as having moderate or greater impairment.

If you are involved with a narcissist you may notice and feel that something is “off” with them. Notice what you feel in your body, gut, and intuition when with them. These are red flags: grandiosity (in fantasy or behavior) which includes, feelings of entitlement, either covert or overt; self-centeredness, needing attention or excessive admiration, has a sense of entitlement, believes they are special, is exploitative and takes advantage of others to serve their needs. Lacks empathy and are unwilling or unable to identify with the feelings of others. Is envious of others or believes others are envious of them. Has arrogance or haughty behaviors. A narcissist is know to be manipulative, have rigid defenses, little to no empathy, treat others as objects for their personal gain, blame and shame, and project their darkness onto you, and take no responsibility. They will gaslight you and are controlling.

If you are involved with a sociopath you may notice these red flags: unlawful behaviors that are grounds for arrest, deceit, repeated lying, using a alias, conning others for personal gain, impulsive and does not plan ahead, aggressive with physical fights, reckless disregard for the safety of others, irresponsible to hold a job or financial commitments, lack of remorse, and these patterns may have begun by age 15.

*** Please seek help from a professional who is trained in diagnosing mental health disorders, and seek safety if you feel unsafe.

If you want to take a deeper dive into understanding these disorders read on. Do trust what you are experiencing and seek help for further clarity. These personalities, depending on the severity, can be dangerous.

Borderline personality disorder (BPD) is associated with specific problems with interpersonal relationships, self-image, emotions, behaviors, and thinking. People with BPD tend to have unstable and intense relationships and are prone to frequent arguments and breakups. They are characteristically afraid of being abandoned and will have a strongly negative image of themselves. People with BPD will often say that they feel as if they’re on an emotional roller coaster, shifting from elation to depression within a matter of minutes. Another hallmark of BPD is a tendency to engage in risky behaviors, such as going on shopping sprees, abusing alcohol or drugs, engaging in promiscuous sex.

The key features of narcissistic personality disorder, according to the DSM-5, include an inflated sense of self-importance, lack of empathy and attention-seeking behavior.6 People with this disorder often believe themselves to be exceptional and entitled to special treatment. They will demand excessive attention, take advantage of others, and have an inability to either perceive or demonstrate empathy.

People with a narcissistic personality disorder will also exaggerate their achievements and fantasize about being powerful, attractive, and successful. While they will have no interest in others’ feelings and needs, they will often have unreasonable expectations of what others should do for them. Jealousy of others is common, as is the belief that they are actively envied by others.

The most telling characteristic of histrionic personality disorder is a rapid shift between dramatic expressions of emotion and excessive attention-seeking behavior.7 People with this disorder don’t like it when someone else is getting more attention and will engage in dramatic, seductive, or sexually provocative behavior and/or use physical appearance to regain the limelight.

People with a histrionic personality disorder may believe that personal relationships are stronger than they really are, use dramatic statements to express opinions, and be easily influenced by others. They also tend to overly concerned about their physical appearance.

Your personality—the way you think, feel, and behave—largely forms during childhood. Your temperament, environment, and personal experiences all work together to shape your personality.

The exact causes of personality disorders remain unclear but are believed to be genetically influenced, suggesting that our temperament may be inherited to some degree. According to research from the University of Louisville School of Medicine, certain brain abnormalities are common in people with Cluster B personality disorders, suggesting that they may be inherently predisposed to mental health disorders from birth.8

Childhood trauma, abuse, chaos, instability, or a family history of personality disorders are also seen to be contributing factors.

( sections of this blog taken from, https://www.verywellmind.com/the-cluster-b-personality-disorders-425429 )

Take the next positive step.